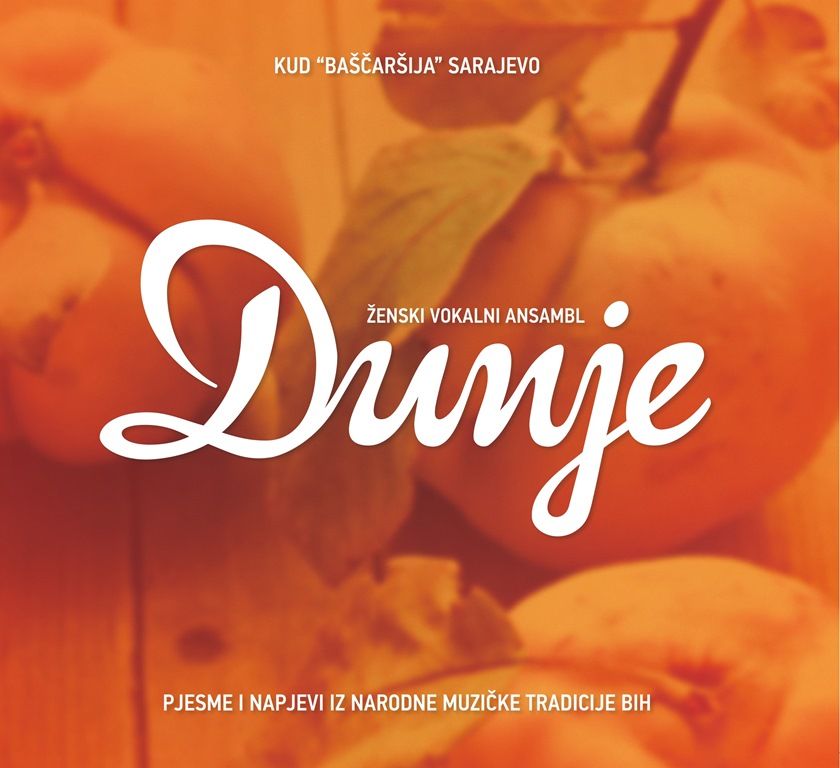 The female vocal ensemble “Dunje” was founded in 2002 by prof. Dunja Rihtman-Sotric and it was named after prof. Dunja. Members of the ensemble are former and current members of KUD Bascarsija, as well as lovers and admirers of vocal and vocal-instrumental music traditions. The group in its repertoire has about one hundred songs produced and recorded from different periods of time and various sources (archives, literature and research).

The repertoire of “Dunje” ensemble is based on songs by all three constituent nations and minority group from all areas of Bosnia and Herzegovina, which are mostly of rural practice, older and newer forms of singing. One of the special features of “Dunje” is performing and restoring "old" forgotten songs, as well as forms that we can rarely hear in live folk practice. The group includes around ten active members.

In the choir competition of the "Majske muzicke svecanosti" in 2016, "Dunje" won I place - a gold medal, the winner of the folklore category (F).

A part of the rich vocal folk music tradition of BiH, (re)interpreted by "Dunje", can be found on their two CDs. Selected songs, extracted from the context and recorded in the studio, are evidence that the rich tradition of the people of Bosnia and Herzegovina will be preserved from oblivion and thus permanently preserved and presented in its original form.